Biblewalk, one of the world's leading Christian attractions and wax museums has become the new home to the Museum of Woodcarving 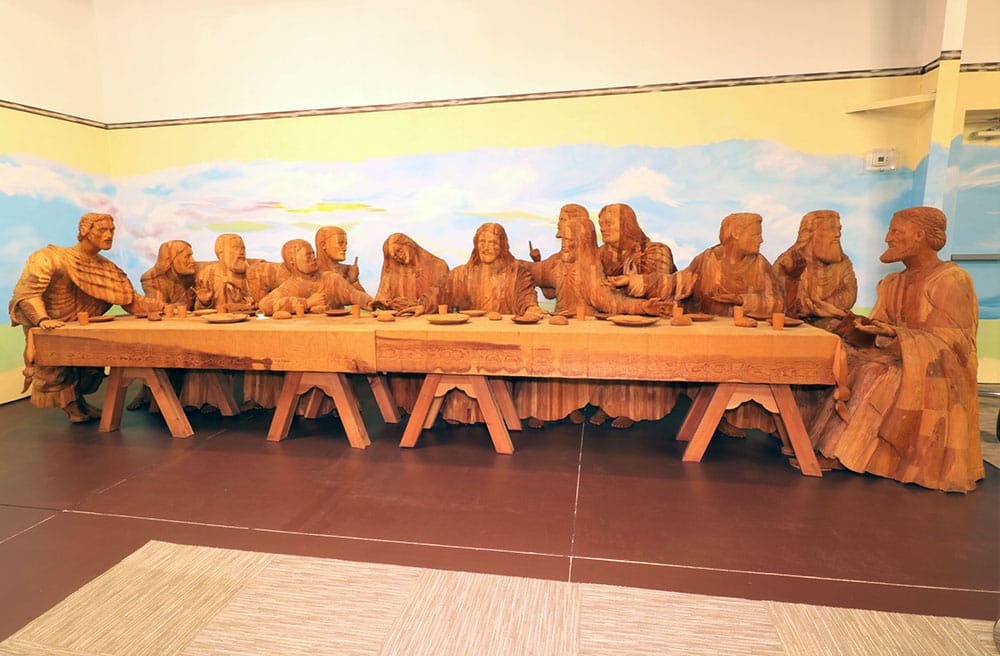 The world famous “Museum of Woodcarving” is the largest collection of woodcarvings in the world created by one man. It took Joseph Barta thirty years to carve his vision of Bible stories into 100 life-size figures. Mr. Barta spent over four and a half years completing, his life sized carving of The Last Supper, spending two years on the face of Jesus.

This extraordinary woodcarving collection also features over 400 miniature carvings of wildlife, pets and livestock. Mr. Barta’s collection was displayed in a museum in Spooner, Wisconsin for over thirty-two years. It was moved by the owners to Kissimmee, Florida in 1984 but returned to Wisconsin in 1989 finding it’s home in Shell Lake. The Museum of Woodcarving has remained in Shell Lake until this past August.

"We are very honored not only to continue sharing Joseph Barta's amazing woodcarvings with the world but also in preserving and sharing his legacy with future generations,"